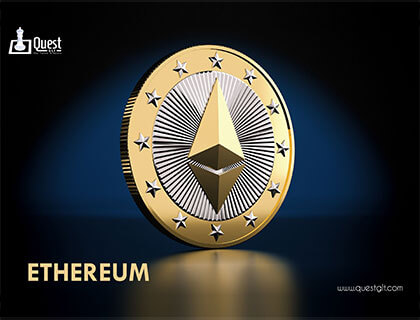 Like bitcoin, Ethereum can be stated as a blockchain which is an open software blockchain enabling users to deploy a decentralized application. It is distributed blockchain network. Bitcoin is far different from Ethereum as Ethereum only focuses on the running chain of programming code of any decentralized application. Ether can be stated as a type of fuel for the network. Beyond being the fuel for the network, Ethereum can also be described as a good source of transactions of fees. While various blockchains helps in the operation of the code but the Ethereum is a bit different.It has a way of performing all the operations whatever the ethereum software developer needs to create. This means that the Ethereum users has a advantage of creating many applications at the same time. Unless other blockchains which has a limited scope. Earlier due to usage of bitcoin, the users faced a lot predicament while application formation. To clear out the hinderance of this problem VilatikButerin developed a upgradable version known as Ethereum. Now comes the concept of EVM (Ethereum Virtual Machine) which is turning and complete network runs on it .It has a very advantageous feature which enables any user to use any program without even learning the programming language. Instead of having build an entire new application for the new users , Ethereum has the  potential to enrol the all the application on one platform in an efficient manner. Ethereum has the medium of collecting all the applications upto a single platform. It can be used for decentralised autonomous organisation which is fully autonomous decentralised organisation developed with a single leader. It is owned by everyone who purchases the token. Because of the decentralisation policy it has many advantages too as no other third party can make changes to the data, no corruption can be observed and moreover all the data is secured.