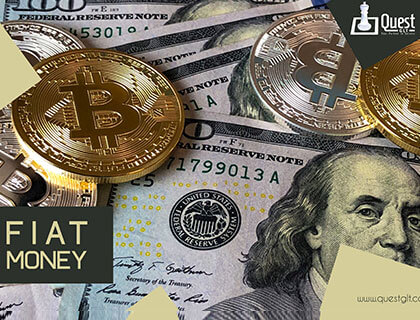 Fiat. What comes to your mind when you hear this word?

I’m pretty sure there is a car speeding around your head. But there is another aspect to this word. An aspect which demands attention and well deserves it too.

I am talking about Fiat Currency.It is basically the paper money or the coins which are made legal by the Government and cannot be converted into gold or silver. They have absolutely no value of their own rather are declared currency by the government which gives them the value they are required to behold.

When we talk about Fiat money, there are some things whose knowledge is a must. So here we go,

Commodity Money: Unlike fiat money, the value of this currency is determined by the material it is composed of. The strength of the issuer possesses no control over it. The government has no control over this mode of transaction and thus no manipulation is possible. Say, if gold coins are used as the mode of giving and taking then the face value of gold is disregarded rather its material value is taken into consideration.

Cryptocurrency: A digital currency which uses encryption methods for generation, regulation, and manipulation of its value. Bitcoin, Ethereum, Ripple are one of the many cryptocurrencies. They use decentralized networks to function and thus are neither answerable nor controlled by any authority. Activities like transfer of funds are way too easier and security is not at all an issue as the private and public keys are separate and extremely confidential.