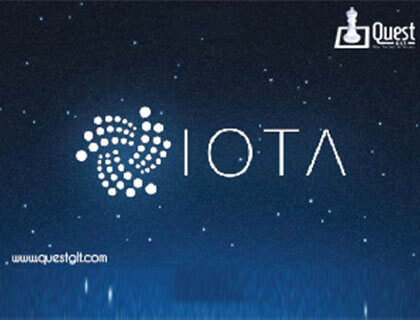 Internet of Things(IoT), a connection between physical devices accessible to the internet. Remember when Gilfoyle’s mistake saved the Pied Piper? It was the internet of things that connected all the refrigerators and saved the future of the decentralized network Richard visioned about and in a way also projected the power of the Internet of Things and the wonders it can do!

As cryptocurrency is spreading its hands everywhere, the Internet of Things is no exception. Based on a new data structure called Tangle which is a DAG(Directed Acyclic Graph), IOTA  is a cryptocurrency solely for this purpose.

It follows the concept of consensus rather than miners. Every member of the network has to actively participate in the consensus by approving past two transactions i.e. if you want to add a transaction you need to approve two other transactions and validate them and then incorporate them with your own transaction.

Its key features are:

Just imagine if you don’t have to pay bills for the telephone or internet connections that are provided by dealers, instead, a machine-to-machine communication takes care of it. Cool, isn’t it? Well, that is the future IOTA has for you.

It is intended as a future platform for transactions from machine to machine using internet of things which works on a peer-to-peer network. IOTA can be used for a wide range of devices, such as drones, smart cars, personal computers and the list goes on. It even spreads its possibilities towards electronic voting.

Although still in its beta version, IOTA can prove to be a means to communicate between machines and humans as well. Yes, we are talking not just in terms of IOT but also on the internet of everything (IOE).

A system that gets its strength with the load it bears, IOTA is no less than a dream come true.