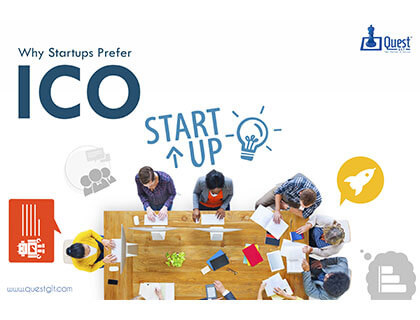 Initial Coin Offering, better known as ICO. What is it?

ICO is the process that is used to increase the value of digital coins and tokens built on the blockchain network. It is basically a huge fund raiser that gives you the ability to acquire tokens of the cryptocurrrency.

Now how does it function?

These are organized by companies that build dapps. A sale of tokens is scheduled by these at a particular time and date and promotions are carried out in large scales. The sale continues till a fixed number of tokens are sold and then terminates.

Why do start-ups prefer it?

Even if the company lacks social skills and promotional strategy which earlier used to be a hurdle that refrained the companies from acquiring adequate funding  due to lack of attention from the VC’s can now get funded and pursue their projects. Now we can relate to the steps Hendricks took with Pipecoin for the future of Pipernet. On a serious note this can be extremely beneficial to the start-up as it does reduces the need for all the costly marketing and gives the company a chance to orchestrate its projects according to its pace.

On the other hand, choosing ICO over crowdfunding can be a real headache to the newly born co pany as instead of a few known investors there a numerous unknown stakeholders who multiply the problem of coping up and handling them exponentially. The start-ups also need to stay alert of any fraud or scam that they may encounter due to the vastness of the blockchain network.

But the good new is benefits of ICO is more than what is visible to us.

The success as well as failure of the company is directly tied to its marketing strategy and capabilities. External forces cannot alter much.

The work is not much, instead of pounding your head with all the investors, all you need to do is be transparent to the community while keeping good legal advice in your hands.

Funding today, with ICO, is definitely a road never taken in past and slowly emerging as a trend and most importantly as an opportunity for various genius minds out there to pursue their dreams.