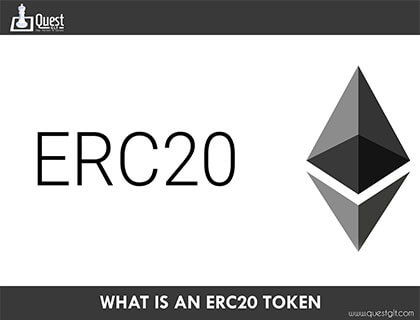 ERC stands for Ethereum Request for Comments. This is a protocol for proposing improvements to the Ethereum network. ’20’ is the unique ID number.

ERC20 defines a protocol which needs to be met in order for a token to be accepted and called as ‘ERC20 Token’.

The standard protocols apply to all ERC20 Tokens since these protocols are required to interact with each other on the Ethereum network.

The tokens are blockchain assets that have value and can be sent and received, like Bitcoin, Litecoin, Ethereum, or any other cryptocurrency.

We create ERC20 tokens by using ERC20 standard, ERC20 standard contains two parts first one is optional and other one is required.

Select token name, symbol and decimal place according to you but required fields are standard you cannot change it.

ICO stands for Initial Coin Offering when a company releases its own cryptocurrency with a purpose of funding. It releases a certain number of crypto-tokens and then sell those tokens to its audience.

A company gets the capital to fund the product development and the audience members get their crypto tokens shares and they have complete ownership of these shares.

How to launch an Initial Coin Offering?

Firstly you should develop the back-end infrastructure or we say that you have to build a token that you shall further distribute to the investors.

Probably, the most reliable and widely-used solution for this purpose is Ethereum, other platforms that’ll help you and your team to reach your goals if Ethereum doesn’t satisfy you as a platform for the creation of Initial Coin Offering.

Below are the steps to implement ICO:

Step 1: The whitepaper for the ICO is prepared to state the exact details of the ICO including the number of coins, the value of each coin, the duration of the offering, the technology platform which will be used in the ICO offering and the rights which will be provided to the coin holders.

Step 2: ICO also select a partner to promote the offering and search for suggestions.

Step 3:  Activity is undertaken and the ICO is put up on ICO investor community websites.

Step 4: The ICO investors are offered limited time duration to purchase the coins on offer in the ICO in exchange for real money or virtual currency.

Step 5: In most ICO’s if the issue is not fully subscribed the money is returned to the investor