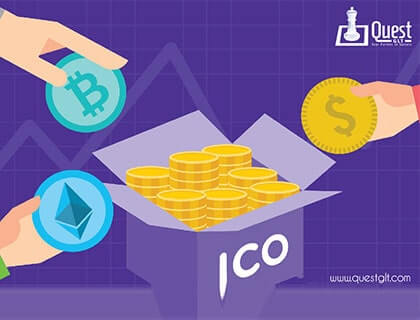 Initial offering coin, they have to make a plan on whitepaper to startup which states about the

the venture .. In the beginning of this process the beneficiaries of the firm themselves buy the

Now comes the question If the coins do not fulfil the minimum need? The answer is if the

deemed as unsuccessful. In the following operation the early cryptocoin users are set

optimistic in order to fetch higher value. One of the example of successful ICO operation

which was also started as a small contract was Entherum. In this platform the cryptocoins

were called as Ethers. They gained the benefit of 18 million bitcoin or $0.4 Ether. The project

went live in 2015 and 2016 and gained highest profits. ICO and ISO are similar to as to keep

stake for an initial start up during an ICO operation. But ICO only differs on the perspective

of crowdfunding which is an important aspect. This is the reason ICO is also called as

crowdsales. A rapid surge in 2017 made the improvisation of involvement of governmental as

well as non -governmental powers. It has been made banned by the Republic of China over

the advertisements of ICO.